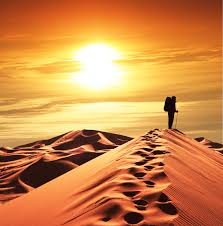 Cory’s parents had left for the day to go shopping in the big city. He had just turned

twelve, and was bigger then the other boys his age. After he finished his chores, his

thoughts turned to his horse, and trouble-maker old Toby. It was blue skies and seventy

degrees with five miles per-hour winds. It was going to be another beautiful day. He

would call Tim. They could go riding in the desert and collect things.  There were a lot

of beer and pop cans laying around that they could recycle into money.

“Tim, would you like to, or can you go riding today?”

“Sure, just for a little while.”

“Great, I will pack some food and water while you are riding over see you soon.”

Cory made some sandwiches and got snacks, and some cold pop. Then he thought of

two old gunny sacks for the treasures they would find. Tim came riding up; he was

Hi, Tim. “I’m ready.  I was thinking we will take old Toby to carry our treasures and

food. I will lead him and you can follow.

“Cory, that old donkey bolts at almost everything. The last time we spent most of our

time chasing him. But if you want to do all the leading of him it will be okay with me.”

Now they would have about five hours before dark. They knew riding through the

cactus was not a good thing to do at night. If the horses rubbed into one it would bolt

and probably throw his rider into the cactus.

“Let’s go over to Box Canyon. People throw out all kinds of scrap we can probably

fill up both sacks.”

They would be there in about one hour, unless old Toby decided to mess things up.

“This is like the old days us prospectors looking for some gold, or an old treasure

that was left by some wagon train after the Indians had attacked them.”

“Yea! but those guys never took a bath.”

As they rattled on a rattlesnake spooked old Toby, and he almost pulled Cory out of

his saddle before he got him settled down again. Cory got down and was talking to old

“If you don’t be good I am going to beat you with this rope, just like my dad does

Maybe I will or maybe just leave you out here with all the rest of this scrap.”

Cory re-saddled and they started over the rise and down into the canyon. Cory and

Tim’s eyes grew large with excitement. For there glistening in the sunrays were

treasures of cans sparkling and shining all for them, they had found their treasure.

“Tim, I bet there is more here then our sacks will hold.”

“Cory, we can pick them up and then stomp them into smaller pieces and get three

times as many. They tied the horses up, and grabbed the sacks and off they went.

Tim, going one-way, and Cory going the other. They would eat when they returned.

As they left, they forgot to tie up old Toby. So, he just started wondering off looking for

what ever. When their sacks were full the boys returned to fine old Toby gone, and he

took their food or drinks with him.

“I told you, Cory, that donkey is just a waste of are time. Now what are we going to

“Tim, you stay here and stomp the cans I will go look for old Toby. He cannot be

Cory leaves and Tim is stomping cans, when he is done he goes and picks up more

while he is waiting. Cory is now gone thirty minutes and has found old Toby up on a

plateau above the canyon. As Cory approach’s Old Toby runs away not wanting to be

After three or four tries Cory is really discussed with old Toby, because old Toby

does not want to be caught. Then Cory remembers what his Mother has told him. When

things are not going right, it is time to ask God to change one side or the other. So, Cory

gets down on one knee and, bows his head.

“Dear Lord. Why is old Toby acting this way? Why does he not want me to catch

him? Would you show me what I’m doing wrong or change that donkey’s attitude? Tim

and I are hungry and thirsty, and old Toby has both, and won’t let me catch him. I need

to get back to Tim before he gets scared. A-men Lord.”

As Cory looked up, there was old Toby standing about three feet away just looking at

Him. Slowly Cory reached out and got the rope. In his thoughts, he wanted to take

the rope and whip old Toby, but was too thankful for the answered prayer.

After, Cory returned Tim had picked up another sack of cans and had them stomped.

After finishing their food, and making sure that old Toby was securely tied, they were

off again to get more treasures. Through all this they had forgotten about the time. The

sun was going behind the rim of the canyon.

“Cory, we have to be going it will be dark before we get home.”

“Okay Tim, we now have two sacks full of stomped cans that is a good haul for us.”

coyotes began to howl up the canyon. Cory, now a little scared.

He jumped into his saddle, and was off with Cory close behind screaming at old Toby

to run faster. And Cory praying.

“Dear Lord don’t let them wild animals get us, we are too young to be eaten.

Tim was way in the lead, and Cory was going as fast as old Toby would let him.

After a while the horses were tiring, so they pushed on at a slower rate. With their

thoughts, on themselves and watching for snakes, mountain lions, wolves that they

could fall prey to. Then over the last rise and with all the wild sounds still behind them

there was the small ranch home. It was so close to dark, but they could still see. And

Cory with a thank you Lord for protecting us.

sound, and a little scared. They sat down and listened to Cory and Tim’s story as it

grew scarier and they became braver.